Several of the conventions, which Denmark has signed, include protocols that stipulate that a family should not be separated. Therefore, when a person is granted asylum in Denmark, she/he will be able to obtain family reunification with her/his close family members who will be allowed to stay in Denmark because otherwise the family would not be able to live together - this would be a violation of the European Convention on Human rights article 8 - the right to family life.

For this reason, some of the very strict requirements for family reunification in Denmark are waived for refugees. However, refugees can only be reunified with their nuclear family members: spouse/partner and minor children. If a refugee wants to be reunified with her/his children, she/he has to apply for family reunification within the first 3 months after she/he has been granted asylum, or after the child is born. Children over the age of 15 are assessed after more strict criteria, and adult siblings and elderly parents are not considered to be part of the nuclear family and can therefore not be reunified.

It is complicated for refugees to fill out the forms correctly; therefore Refugees Welcome has made a guide about family reunification in 5 languages. You can also contact our personal counselling to get help.

The chance of getting permission for family reunification afterwards is also depending on which country you come from – even though refugees do not have to meet all the criteria. This is mainly due to the demands on documents and proofs, which can be hard for many refugees to live up to. The percentage of positive decisions on countries with the most applications in 2018 were: Eritrea 27%, Syria 36%, Iran 69%, Turkey 70%, Thailand 86%.

The new protection status art. 7(3) does not provide access to family reunification during the first two years (the waiting time was three years until a judgement from the court in Strabourg ruled against Denmark in 2021). When waiting time for the asylum case and the family reunification case are added to this, some families will actually end up being separated for 3-5 years.

Some of the ones who are granted art. 7(3) are unaccompanied minors. They have the right to apply immediately for family reunification with their parents and siblings, though Immigration Service did not inform them of this until NGOs and lawyers brought attention to the matter.

Marriage and birth certificates are required, which is often not possible for Syrian and Eritrean refugees to present. In those cases, a DNA test must be made at a Danish embassy, and cohabitation must be proved – also very hard demands to meet for many.

The tightenings of the Danish Alien Act January 2016 included an introduction of fees to apply for family reunification, but refugees are exempt from this. Until then it was possible to get flight tickets for refugees' family members paid for, but this option was abolished in the same law. For most newly arrived refugees it will be impossible to pay for these tickets plus fees to the embassy from the new, low integration allowance. This could be a real hindrance to reunite the family.

Many refugee families are scattered among several countries and unfortunately, it is very difficult to be reunited. Often, adult siblings would like to live close to one another, but the European rules do not allow for any exchange of refugees between the countries.

Read specific advice under 'I want my family to come to Denmark' on Refugee Welcomes Q&A page. 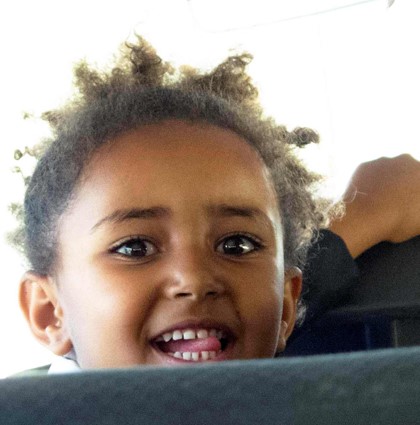