"Since ISAF left Afghanistan, my life has been a living hell,” Afghan interpreter writes in an open letter to the Danish government.

By by 'Rajwa', previously interpreter for the Danish forces in Afghanistan

To the Danish Government,

I am writing to you, because I was employed as an interpreter to ISAF and NATO in Afghanistan for five years. First for the Americans, and then for the Danish forces in Helmand for the last 11 months.

Since ISAF left Afghanistan, my life has been a living hell. The Taliban threatens me and I cannot leave my home. Therefore I am unable to hold a job, and I live in a region where there are constant, violent battles between the Taliban and Afghan forces – well, even the IS are active here now! People die here every day, so believe me – this is not a nice place to live.

Everyone in my village knows that I worked for ISAF, and the only reason I survived is because my family told them that I’ve left Afghanistan to study abroad. 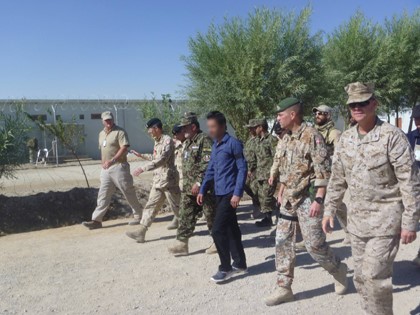 I’ve been hiding like this for almost two years. If I have to leave my home, it has to be at night when it’s dark and while I’m covered by a scarf. I’ve also had to grow a beard, although I’ve never had one before.

I want to ask you, members of the Danish parliament, why you have refused to help the interpreters in Afghanistan? The mere fact that we are interpreters ought to be enough for us to obtain asylum, since we risk our lives every day here in Afghanistan, where we are regarded as traitors by the Taliban.

Had I known that your military actions would fail, and that you would leave me here, I would honestly not have accepted to work for you – I would rather have done something else to help my fellow countrymen.

That is why it seems unfair for you to abandon me. I don’t deserve this. I deserve to live in a peaceful country. As you do now.

I recently moved to Kabul, but it was impossible for me to get a job without handing in my recommendations from ISAF, and the very few jobs that would be safe for me are impossible to get. Even in Kabul, I had to stay indoors most of the time and I had to live off money sent to me from my family and my friends abroad. Last month, I even went to India, planning to travel illegally to Europe. But now the trip is more dangerous than ever, and I could not find the money to travel all the way to Europe’s borders. 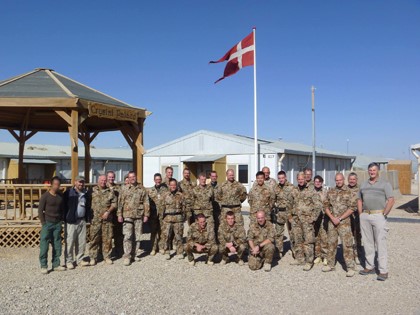 So now I’m back in my village, where I live in self-imposed house arrest, because it is too dangerous to show my face. My only hope is to wait for a special visa to Denmark. Afghanistan is no longer safe for me and if I am to live a normal life once again, I have to move to either the US or EU. But the only people who can help me with this are you. And after each of the four interviews I’ve been to with the delegates from the Danish Immigration Service, my application has been denied. They have examined my past as if I were a criminal – despite the fact that they should know that my life is in danger.

The delegates from the Danish Immigration Service know me. They have asked me about the Danish officers with whom I used to work. The officers have all confirmed that I worked with them in Helmand, where Danish forces were stationed to assist the ’Regional Military Training Center, South West’. I have lots of photos that picture me in the situations, I here describe – even photos where I am accompanied by Danish and American generals. As an interpreter, I was available 24 hours a day, and did not only interpret for the officers, but also for all the Danish generals and officials who came to visit. As the leading interpreter, I was praised and recommended for my skills.

I enjoyed a good relationship with the Danish officers and I was very fond of working for them. I spent so much time with them that I became practically Danish in my manners. I kind of liked that. But I’ve come to realize that the Danish government isn’t as pleasant as the Danish people. 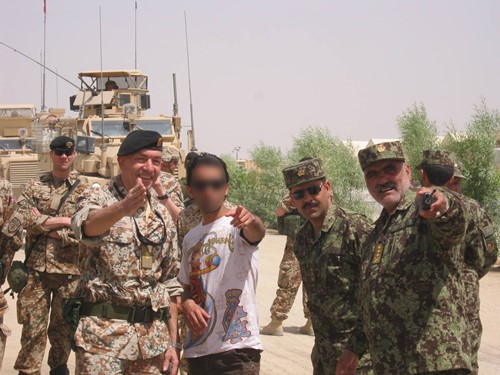 You see, it’s hard for me to understand why you, the Danish government, won’t protect us interpreters, when you know that the Taliban see us as traitors? One would almost think that you are looking for excuses to abandon us. When I worked for you, it was always inside the camp where it was safe for me. But when my employment ended, and the Danish forces pulled out of Afghanistan, I had to go back to my home, even though I was in danger. In the camp, I had been seen by hundreds of Afghan recruits from all over the country, and I had been on national as well as local TV several times, during ceremonies for the recruits. The Taliban offers a sizeable reward if you either capture or report on an interpreter.

I would not say that I really regret working for you. I did it to help my country and my people. And I loved my job and the salary was even good. Of course I knew working for the ISAF wasn’t without risk, but Danish soldiers told me that I would be granted a visa to Denmark when I finished my work for them, so that I would be able to seek asylum and live freely in their country. So I thought I was safe – even if, contrary to expectations, you wouldn’t defeat the Taliban. The interpreters from Iraq were all granted asylum. 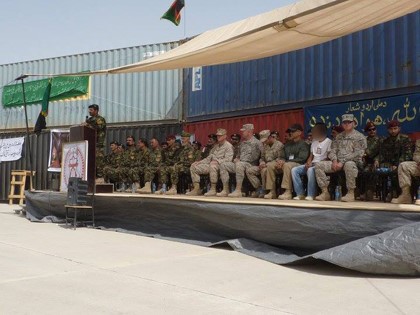 When I received my first dismissal from you, I immediately applied for an ’American Special Immigrant Visa’ (SIV) – a special residence permit for interpreters who have worked for the American forces. I went to an interview at the American embassy in Kabul and they didn’t ask for anything other than the most basic information. And then they thanked me for the work I had done for the US. It was not an interrogation, like when I talked to the Danes. It has already been a year since I applied, but it is a very long process that may take years. I know people who have been waiting for three years and they are still waiting. And some end up having their applications denied, and that worries me. A friend and colleague from Helmand was killed by the Taliban a few months ago. He was also waiting for his American visa. And if the Taliban wins the battles in my region, they will find me and kill me – this is a fact.

That is why I cannot even use my real name in this letter, and the pictures of me are disguised. But the Danish Immigration Service knows who I am and so do the Danish officers.

I applied for a visa to both Denmark and the US, because when you are being persecuted by the Taliban, you need to leave the country in a hurry. But whereas the US takes years, Danish authorities just say: “Sorry, we cannot help you.”

Don’t you even worry that you might need us again one day?

Rajwa’s real name and identity is known by the editors. All photos are his own.
Editing: Elisabeth Hamerik Schwarz, translation: Betty Frank Simonsen.

NOTE: In October 2015 Rajwa had his American SIV visa issued. At this time, he was lucky to be in Kabul again, living off support from friends abroad, while his village was taken over by the Taliban. He is now going to start a new life in USA.