Mathilde and Nauja are currently working on a project on Somali and Afghan association’s contribution to development of their countries of origin. The study is commissioned by the Danish Ministry of Foreign Affairs.

On a global scale refugees and migrants contribute with three times the amount to their countries of origin, than the official development aid budgets combined. This is an overlooked but important factor – especially since refugees are often referred to as a cost to the receiving society. Refugees can, however, in the long run help to rebuild conflict-affected countries both in terms of personal money transfers to family members and in the form of organized development projects.

Although many refugees are coming to Europe right now, it is important to remember that refugees are not a new phenomenon. Conflict and war affected countries with dysfunctional states and economic poverty have for many years forced people to leave their home countries. And although many refugees hope to return when the situation has changed in their country of origin, we often see that many refugees remain in the country where they have been granted asylum. This is partly due to the fact that many conflicts turn out to be protracted. Refugees build a life in the country of asylum and thus have a strong attachment to it in the form of children, work and so on.

Yet, what happens with the refugees’ affiliations to the country of origin? Research indicates that the refugees rarely cut all relations even though that is a common assumption. Many refugees maintain strong ties to family and networks in their country of origin. In addition to this, the attatchment can also be on a more political or humanitarian level understood as a wish to contribute to the development of the country the refugee has fled from. Many refugees feel an obligation to ensure better conditions for their close family, and it is therefore seen that refugees who have received permanent residence in the country they have fled to, also want to use their resources or capacities to build up their country of origin.

We often hear of statistics dealing with the influence that refugees have in the country of residence and the financial burden they represent. Yet we rarely hear of how they actually help to ensure the basic necessities for a large part of the population in their countries of origin. Remittances - the money that refugees and migrants send to their countries of origin - are a vital resource for access to basic necessities, such as food and health for many families in poor and conflict-affected countries. There is great uncertainty associated with the statistics on remittances, among other reasons because official statistics do not include transfers through informal channels – that is money making its way around the official money transfer companies or banks. The World Bank estimates that refugees and migrants monetary contributions triple official development aid. In 2014 remittances to developing countries level up to 436 billion dollars. 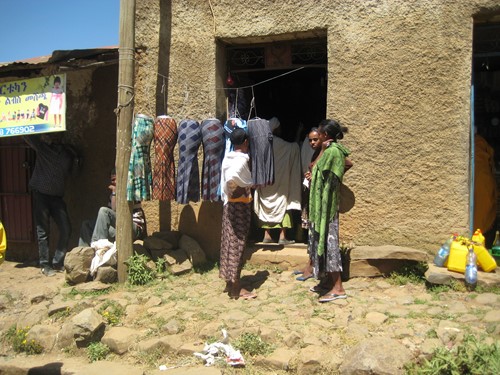 Refugees, as well as migrants in general, are in some development circles recognized as development actors especially in conflict and post-conflict countries such as Afghanistan and Somalia. Besides the individual remittances refugees and migrants also contribute on a more collective basis, for instance through so-called diaspora associations who engage in different aspects of development, building up civil society and engaging in relief projects.  Many diaspora associations for instance support education, health, infrastructure such as water supply and electricity, but also the consolidation of democratic processes and the private sector. This is why the ‘Danish association life’ can facilitate many refugees’ desires to contribute to the development of their country of origin on a broader scale. In a study of Somali and Afghan associations, we have seen that a large part of the Somali and Afghan refugees, both engage as volunteers in so-called integration or anti-radicalization projects in Denmark as well as in development and relief in their countries of origin - or have a desire of eventually engaging in such projects.

In Denmark, Somali and Afghan diaspora associations have the opportunity to apply for funding to implement small development projects in their countries of origin or neighboring areas to these through the so-called DRC Diaspora Program, which is administered by the Danish Refugee Council. Here the associations are able to apply support for everything from building a school to a water treatment plant or to a midwife training by local employees. Since 2008, the program have had 40,818 direct beneficiaries. It is also possible to apply for support to greater civil society projects through the Civil Society in Development (CISU) on equal terms with other civil society organisations, and there are similar programs in many other countries.

In development circles it is often discussed if refugee and migrant remittances should affect the official development aid, which for instance the Danish government through Danida is part of. It is important to recognize refugees and migrants as development actors, but also to keep in mind that neither individual nor collective remittances replace the official development cooperation or the need of a functioning state in the country of origin. Individual remittances have a huge influence on the individual families' well-being in countries where the state is not capable of taking care of the basic needs of the population, such as education and access to health care (or in fact is non-existent, as in the example of Somalia). The collective remittances can, through associational activities, contribute to small-scale local development projects in the country of origin. But they rarely address the broader nation-building processes as Denmark's official development cooperation, as for instance when Denmark supports the Afghan education sector. Rather than seeing refugees and migrants as a substitute for traditional development, research indicates the potential in supporting refugees and migrants' own engagement in local development projects in their countries of origin. By engaging into long-term collaboration with reliance in the local knowledge, the resources and the networks that refugees possess, such collaboration might enable refugees in reaching recipients in fragile states, which other development actors find it hard to target.