Five refugees, who have done well for themselves, give their best advice to those who are newly-arrived

What would have helped me when I arrived 6 years ago?

When I arrived alone in Denmark as a 24-year-old from Iran, I had to go through an integration process that – in the beginning – was very difficult and confusing. Despite this, I managed to learn Danish, make Danish friends and get a job where I could earn my own money. I've taken a high school education here in Denmark and am now halfway through my education as a social worker.

For the majority, it takes more time. But with the right help and advice, you can be better integrated more quickly.

Based on my own experiences, I'm giving my best advice to those newly-arrived in Denmark and who wish to settle in to their new society. I've also interviewed four others, who today, are well-functioning citizens despite only having been here for a short time and asked them what helped them to succeed. 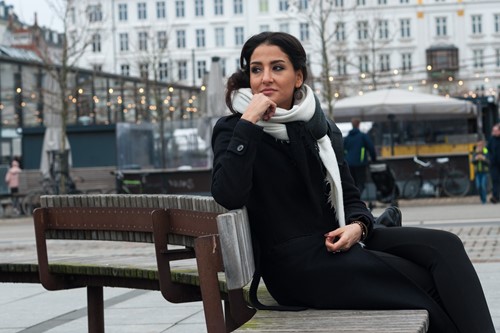 Temporarily restrict your contact to people sharing your cultural background

It feels like a strange dream, suddenly finding yourself in a foreign country, in unfamiliar surroundings and amongst strangers. You feel lonely, depressed and frustrated about everything that happens around you. But with help from precisely these new surroundings, you can achieve the best understanding of this new culture and society.

'You feel lonely, depressed and frustrated'

There will always be challenges involved in coming to a foreign country. However, all of these challenges are actually of the essence, as they work to drive your own development during the integration process.

In order to achieve the greatest effect, it's necessary to temporarily limit the amount of contact you have with people who share your cultural background and to be open for all the opportunities there are, such as mentors, high school courses, work experience placements and so on. Also, take a break from film and TV from your homeland – only watch Danish programmes.

It may sound a little cynical and absurd at first, but you don't lose anything by associating less with people of your background – it's a necessity in order to make room for new Danish acquaintances. In that way, you learn the language and gain a better understanding of society much faster.

Get to know the culture, society and system

CASSA came to Denmark as a 33-year-old refugee in 2013. Today, he's married and has a child with a Danish woman, has completed a university education and works in a Danish municipality.

As a newly-arrived refugee, his biggest problem was the lack of clarity in the system in relation to education and work. He felt that he couldn't find the necessary information at the start of his integration period, even though he spoke fluent English. He therefore urges others to learn Danish straight away - he didn't take it seriously enough himself at the start.

"Learn Danish as quickly as possible. It's important to understand how the system works and where the money that society is giving you comes from. It makes it easier to get work, so you can begin to pay tax and have an ordinary life. In that way, over time you can get a sense of value back in your life and become an active resource for society."

As a newly-arrived refugee in Denmark, you need time to find yourself. However, at the same time, it's also important that you set goals for yourself and focus on developing yourself on different fronts such as language, social network, sport, job opportunities and so on.

Make contact with Danes in order to learn Danish

TARANEH was 50 years old when she came to Denmark as a refugee in 2011. Today, she's taking an education as a social educator assistant.

"Back then, the most difficult thing for me was the fact that I was alone and had no-one to encourage me to learn Danish, become actively involved in Danish society, find a job and so on. I needed to create contact to Danish people."

For Taraneh, it was important to create a social network, not just for learning Danish but also in order to be integrated into Danish society and to achieve a greater sense of worth in her life.

"One good piece of advice that I would give to others is that you can only learn Danish by engaging with Danish people – not just at language school but also in the private sphere. Through social events such as parties, church visits and other open events, I've gotten to know a few Danish families, who are now my best friends. They've taught me so much about Danish language and culture and it's the biggest and most important help you can receive as a new arrival."

Taraneh will complete her education in October 2018 and her next goal is to find the right job. She advises that you try to make connections with Danish people right from the start. Remember that you have need of the Danes, they don't have need of you – so you have to take the first step. It's not so dangerous!

Fulfil your 'American dream' in Denmark

FARNAM came to Denmark as a 16-year-old unaccompanied minor and began studying medicine five years later. He needed help with his social life.

"I missed the presence of a mentor, or someone who could show me what to do, for example, how to join a football team, so I could get to know more people. My advice would be to find a regular mentor who can advise you as to the relevant rules of play and traditions. Just knowing that you have someone you can ring if something goes wrong, gives more peace of mind."

Farnam also encourages new arrivals to consider the positive aspects of Danish culture and to mix them together with their own.

"I would recommend new arrivals to see their new situation in Denmark as a journey and an opportunity to build a better future for their family while at the same time learning to trust people in Denmark. Instead of holding steadfast on to your own culture, you can think about what makes the most sense. In that way, you can mix the good values from both cultures and achieve your own 'American dream' in Denmark – all you have to do is believe in yourself and take responsibility for your own life. I've been lucky in being part of a class of medical students with people from different countries, and which has shown me that there is no one perfect culture in the world, but that all cultures are united in the fact that if we respect each other, we also gain respect in return."

'Instead of holding steadfast on to your own culture, you can think about what makes the most sense'

Farnam appreciates his status as a citizen in Denmark. He encourages others to be more pro-active in terms of forming acquaintances and grasping opportunities, and not to think about how life might have been if they were still in their homeland.

JINO was 12 years old when she came to Denmark together with her family in 2006. Her challenge was the feeling of not being a part of a community.

"Not being a part of something was the absolute hardest thing. I felt so alone, even though I had my family. I didn't tell anyone that I was homesick and having a hard time. My little brother and I were the only foreigners at our school and I had no-one to turn to who could understand my language and what I was going through. But when I turned to my teachers at last, they were a great help – actually, they are there to help the pupils and give them a good chance in life."

Jino had a hard time accepting the situation in Denmark and often wanted to return home. But after a while, she began to see that she could adapt to this new situation in her own way and not just do what other people expected of her.

"My best advice would be to be yourself. You shouldn't try to impress anyone just so you can be a part of something. Be yourself. If you ever feel that you can't manage things or the pressure feels too great, then say it to someone. Don't try to bear it alone. Coming to a new country can be so overwhelming, especially somewhere like Denmark where there are so many rules, norms and fixed frameworks, which can make things so confusing that you just want to give up. But don't be afraid to ask and don't give up. Once you become a part of that community, it's really fantastic."

As Jino says, it's important to listen to how both your body and soul are feeling and it's completely normal to miss a place where you have felt at home. Some miss the place they were born the most. Others their friends and family. Some get tears in their eyes just thinking about a specific place they once ate ice cream - the experience is very different from person to person.

The situation you find yourself in as a refugee in a foreign land will, for the majority of people, be a situation full of doubt, loneliness and loss of status. You are alone and don't have much control over what will happen to you. Language creates a barrier which can seem insurmountable in the beginning. Your surroundings perceive you in a way in which you are not used to being perceived. This new person others see may be just as foreign to you as the surroundings themselves.

But try to live with your thoughts and your feelings of loss and accept your new lifestyle and situation. Choose some alternative activities to replace the things you miss the most. In that way, you can help yourself to focus on the positive energy that will help you keep going, fight for and achieve the best for your future. If you don't listen to yourself, you'll break down sooner or later.

Don't be afraid of missing the person you were - you can accommodate both your own and Danish culture and find your own balance. Get to know the Danes - with time, they can be your best friends!

Did you like the article?
Share it and give us a donation,
so we can keep producing new articles!