Jamal is born in Denmark and Danish citizen. But his father can be sent back any day to one of the most dangerous places in the world: Darfur in Sudan.

Jamal is 6 years old, attending 0. grade in a public school. He is a Danish citizen. He lived the first 4 years of his life with his father and mother, and since his parents were divorced his father has been picking him up two days a week at kindergarten, taking him to football, and he spends every second weekend with his father. A normal childhood for a boy whose parents are divorced.

The difference is, Jamals father does not have the right to be in Denmark, he is not allowed to work or educate himself, and he receives no social benefits. He fled to Denmark 10 years ago from a genocide but was denied asylum. In principle, the police can come and take him any day, returning him to Sudan. Three other Sudanese have been arrested one week ago and are now detained in Ellebæk Prison. 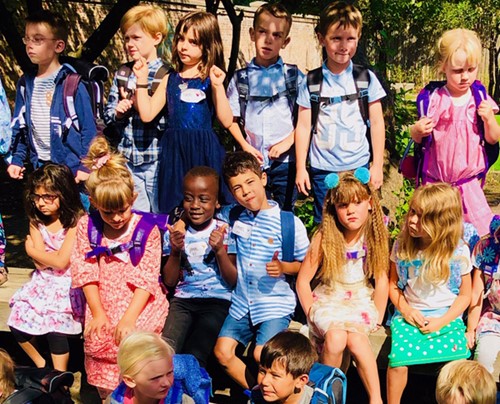 Jamal in his kindergarten.

If Jamals father is being returned, he will not be granted a visa to visit Jamal. How will Jamal be able to keep in contact with his father? Travel to Darfur, where there is a civil war going on? According to United Kingdom’s travel guide, the Darfur area is very dangerous, and they strongly advice against all visits, referring to several armed clashes in 2018.

Does Jamal not have the right to a father?

Denmark has signed the UN Convention on the Rights of the Child in which article 9 says that a child has a right to grow up with both its parents, if this is in the best interest of the child, and the state is obliged to secure this contact. Never the less Mirgany received a negative answer several times on his applications to stay with his son. Does Jamal not have the right to a father? And why do Sudanese get rejected in Denmark?

Jamal’s father Mirgany came to Denmark from Sudan as an asylum seeker in 2009 but received a negative answer in 2010. He did not leave the country within the deadline, and therefore received an administrative ban on entry in 2011, as most rejected asylum seekers do.

Mirgany comes from Darfur in the Western party of Sudan, where there is still an ongoing armed conflict going on. Most of his family was killed, like hundreds of thousands other civilians. He belongs to the ethnic group Mesalitt, who are in conflict with the Arabic groups. UN uses the word genocide about what happened in Darfur, and millions have been displaced. Sudan was divided into two countries in 2011, and there is an ongoing peace process, but the country is still lead by president al-Bashir who stands accused of crimes against humanity at the international court, and the ruthless Janjaweed militia is supported by the government. A stable and safe situation seems very far away.

He became engaged to a woman who is Danish citiizen but was born in South Sudan and grew up in Sudan. She is Christian, he is Muslim, but that was not a problem for them, and they were married at the city hall. Christmas Eve 2012 they had a son: Jamal. Mirgany was allowed to live with his wife and son instead of the asylum camp, because he signed the statement from the police on cooperation and voluntary return. He applied for family reunification but received a negative answer May 2014. 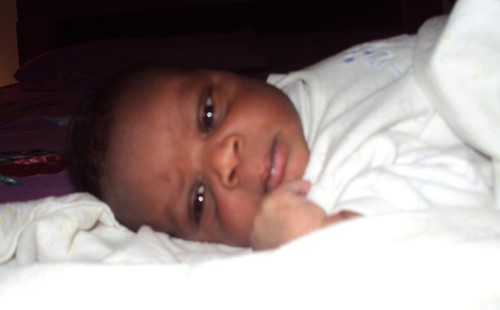 Jamal was born in Hvidovre Hospital on Christmas Eve 2012.

Denmark is out of line

Denmark has rejected many asylum seekers from Sudan. Especially after 2013 the line has been hard. In 2016, 60 Sudanese asked for asylum in Denmark, and all of them were rejected (numbers from Eurostat, the Danish authorities own numbers are slightly different but show the same picture). The same year 52% of all asylum seekers from Sudan were granted asylum in the rest of EU. France and UK have granted almost all Sudanese asylum, Sweden and Germany around half of them. Even after receiving a rejection on Denmark, several Sudanese have been granted asylum in France and UK, even recently. But Mirgany cannot go to another country and try his luck – he has his son Jamal in Denmark.

60 Sudanese asked for asylum in Denmark in 2016, all of them were rejected

Sudan has no embassy or consulate in Denmark. In 2013, the consul from Norway paid a visit and made interviews with 15 of the rejected people, arranged by the Danish police and supervised partly by Danish Refugee Council – among them Mirgany. His lawyer Synnøve Falk-Rønne later criticized the consul for having intimidated several of them, asking them about political activities which could present a risk in itself if being deported, and consequently the case was reopened in the Refugee Appeals Board, but was turned down once again. The board found that the interview with the consul did not put him at risk, and they chose to believe the judgement from the police: that Mirgany did not belong to the ethnic minority.

The visit did not lead to the issuing of any travel documents, and there are still around 10 rejected Sudanese who cannot be returned. Several of them are so tired of waiting for many years in this limbo situation that they are cooperating about returning. But they don’t have passports or anything else to prove their nationality.

Last week, representatives from the Sudanese authorities came to Denmark and called in some of the rejected people for interview again, to establish their identity – three of the ones who are not cooperating were arrested and sent to Ellebæk prison, where they are still being detained. Mirgany was not called in, probably because he has a complaint case pending at the Foreign Board over his family reunification. 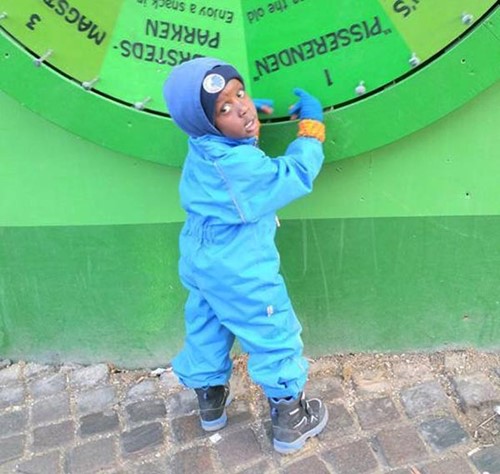 Mirgany applied again in June 2016 for family reunification with his son whom he had been living with since the boy was born. He got divorced from Jamal’s mother in August 2016 and moved out. But he kept the shared custody, and the Danish family authorities gave him the right to spend time on a regular basis with Jamal.

Since then he has picked up his son from kindergarten three days a week and had him every second weekend. None the less he got another rejection on his family reunification in September 2018. Almost at the same time, the family authorities granted him the right to have Jamal during vacations and spend the nights. His lawyer filed a complaint, as the rejection did not include the new information.

Mirgany has permission to stay privately, outside the asylum camp, and he has an unpaid internship three days a week in a bakery chain, where he is cleaning the kitchens. He speaks fluent Danish, though he was never allowed to attend language school, only Red Cross’ now closed asylum school – right now he is attending VUC. He applied for a work permit with Immigration Service, still awaiting the answer. 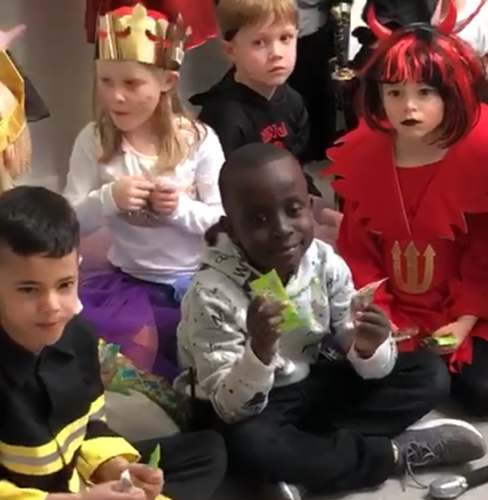