Bhupas from Bhutan and Rahima from Syria have one thing in common: their education plans stand in the way of securing them a future in Denmark

FACTS:
All kinds of residence in Denmark are temporary at first and can be extended by only 2 years at a time.

After 8 years of legal stay in Denmark (a period as asylum seeker does not count) you can apply for permanent residence permit, no matter which status you have. To obtain that, a number of requirements must be fulfilled regarding Danish language, work and criminal offences. 10 of the demands are indispensable, and besides you must fulfil at least 2 of the 4 supplementary demands. If you fulfil all 4 supplementary demands, you can apply after only 4 years of stay.

If you are between 18 and 19 years old and have been staying legally in Denmark for at least 8 years, the rules are less strict. But you can't apply before you turn 18.

There is a fee of 4.930 kr to apply (regardless of getting the permit or not).

There used to be an easier access for refugees, but this has been abolished. The only access to dispensation is documenting a permanent disability which prevents you from fulfilling certain demands (the Handicap Convention secures this right).

The table below shows that the number of permanent residence permits have dropped to one quarter from 2014 to 2018, in spite of the fact that the amount of refugees and family reunified increased significantly in the same period. During the last 5 years, around 40,000 people have been granted asylum – but only 225 refugees have obtained permanent residence in 2018. We see the same pattern when it comes to citizenship: a decreasing part of the population obtains citizenship, and it takes longer time than before. 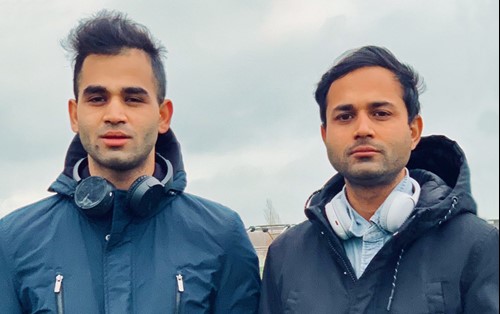 I was born stateless, to stateless parents in a refugee camp in Eastern Nepal. There was no hope of us ever returning to my parent’s homeland Bhutan. Understanding the situation, UNHCR found resettlement solutions with 7 countries. My family was selected to go to Denmark as quota refugees. When I came to Denmark in 2011, I was 11 years old – eager to start a new school, looking forward to learning a strange language and making new friends.

It went well for me. Today I am a Dane, and nothing else. I speak and dream in Danish; I feel proud of Danish history and democratic values. I often find myself passionately advocating the effectiveness of the Danish welfare system, with my American cousins. However, lacking certain papers makes my life very different from my friends – I am in fact still stateless.

My residence permit is still temporary and must be renewed every second year. I have no real passport, but a travel document (konventionspas) issued by Immigration Service. The extension is done by a simple handwritten text behind the front page. When I travel in Europe, sometimes the airport official can hardly read the handwriting. The automatic ticket machines and the machines at the airline counters cannot read the expiry dates properly. Every time I travel, I have to remain at the airport for 1 or 2 hours more than my friends, often after talking to several of the airport bosses. Travelling outside Europe requires visa applications for me, but not for my friends who hold Danish passports. 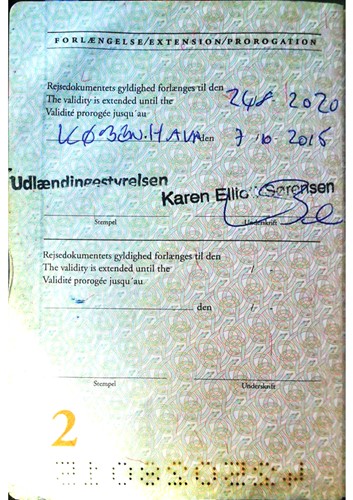 As a child, it is not possible to apply for permanent residence permit, so I could not apply until I turned 18. One of the requirements to get it is 3.4 years of fulltime job – not many who just turned 18 have had that, so there is a special access if you are 18-19 years and went to school all the time. But this dispensation requires 8 years of stay in Denmark. I have studied fulltime since I came to Denmark, but when I turned 19 I had only been in Denmark for 7 years.

I just completed gymnasium and I plan to take an education before getting a fulltime job. So, with 3-6 years of studying and then 3.5 years of working (if I find a job immediately) I'm looking at another 7-10 years of temporary stay in Denmark. To apply for Danish citizenship, I need to have the permanent residence first. Processing time for permanent stay is 8 months, for citizenship 18 months on average, so I can easily end up living legally in Denmark 20 years before I get a Danish passport.

In my case, I don't have to worry about losing my permit, as I'm stateless and have no place to go. The immigration authorities are obliged to prolong my residence every time my permit expires. But what is the logic in this? The rules urge me to take any minimum wage job, which does not contribute towards my carrier goal and benefit the tax system and Danish society on the long run. The Danish politicians want immigrants to contribute to society, how can I if I cannot even have an education?

My older brother came to Denmark in 2011 along with me. Before 2017, the requirement of having a full-time job could be substituted with an education. My brother applied for permanent residence permit on the 6th of January 2016, fulfilling all requirements. However, the politicians decided to change the immigration rules 20 days later and scrape the education substitution. My brother got a rejection letter from the immigration authorities saying the changed rules applies to all applications submitted after November 2015.

My brother still does not have permanent residence permit because he decided to continue his education and complete a master's degree. He got a job the same day the finished the education, and he is currently working as an engineer. However, he must wait a year and a half more to apply for the permanent residence to satisfy the work requirement of the new legislation. What is the point in denying permanent residence and citizenship to someone like my brother? Someone who learned the language, completed 5.5 years of higher education, never been on social support, and got a job the day he graduated.

I understand, it is not the Danish government, that made me and my brother stateless, but it is a fact that the current legislation is denying us the opportunity to become a citizen and therefore in fact promoting statelessness. Denmark received us as quota refugees to provide a "durable solution", but after ten years of resettlement, the situation is the same in the refugee camps: statelessness. Only a few out of 874 Bhutanese quota refugees brought to Denmark between 2008 and 2015 have been able to acquire citizenship yet. 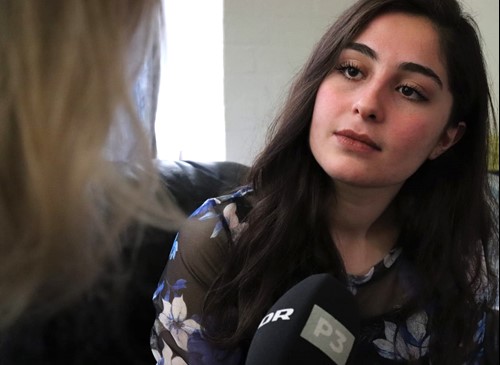 I grew up in the Syrian city Aleppo. My father was a doctor and my mother a school teacher. We were a wealthy family with a summer house in the Kurdish city Afrin, in the North of Syria. In the hope that the troubles would pass after a few months, we moved to the summer house in 2012. We ended up living there for three years, and when Islamic State came closer my father fled alone to Denmark – the rest of us followed through family reunification 18 months later.

Today I am 18 years old and attend gymnasium in Herning. It's only 4 years since I came to Denmark, but I already participated in Danish Debate Championships, I have met with Lars Løkke and Inger Støjberg, I'm writing for a net media, and I want to start a higher education after graduating from gymnasium.

But it's also very important for me to get a permanent residence permit, so that I can feel secure that I will not be kicked out and have to start all over with my life once again. They keep talking about when to send Syrian refugees back.

The requirements say 3.5 years of work, at least 30 hours per week. But is it possible to work 30 hours on top of the studies? What is the most important thing during the study period? Am I supposed to focus on my education, or spend energy on working 30 hours on the side?

In the spring I had the pleasure of participating in an event celebrating 20 young people with Kurdish background, living in Denmark as refugees. They had been here on average 4 years.

Now they have all graduated from gymnasium and started on different educations in September. Some wants to be engineers, others will study different lines within the health sector and many other exciting educations, which will make Denmark a richer and stronger country. 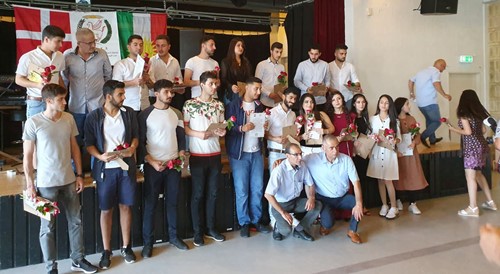 Let's be realistic. The state has so far paid a lot to give these cool young people language courses and paid SU during their gymnasium. And the state will spend more money on them, now that they attend university. Only if they are allowed to finish their educations and enter the work market will they be able to contribute to society – both in terms of their skills and paying taxes. In time they will, like other citizens in this country, pay back everything they received in SU and much more than that.

But if they are suddenly returned to their home country during their education, then their future will be destroyed, and the state will never get any of the money spent on integrating them in society. if the return happens after graduating, they might go to another country to work, while the state will miss out on the income. Why not do everything to keep them here?

This is what it's about when we talk about returning integrated refugees instead of allowing them to contribute to the society that accepted them in the first place. It's also about abusing people by forcing them to live in insecurity and uncertainty.

When I learned Danish, I started reading newspapers to improve my language. But in the media you rarely read anything positive about refugees and immigrants. For that reason, there is a group of Danes who think that all refugees are in opposition to the Danish society.

This text is a combination of two articles in Sameksistens (Danish): Hvorfor arbejde... and Jeg var bange...

It's free to read stories and facts on REFUGEES.dk
– because good people like you become members!