Aman has been on the run from the Taliban since Denmark abandoned him seven years ago; now he is trapped at the EU border

In January 2010, Aman started his two-and-a-half year tenure as an interpreter for Danish forces stationed in Helmand, Afghanistan. In 2015, his picture and story appeared on the front page of the Danish newspaper Politiken and on television because he had received threats from the Taliban due to his collaboration with Denmark. Several of the officers working with Amman publicly supported his case for protection, but nevertheless he ended up having to live in hiding, and finally to flee his homeland. He made the dangerous journey over Iran’s mountains, through Turkey and over the sea to Greece.

Unfortunately, arriving in Europe meant that, together with many others, he would find himself confronted with a hellish asylum system. Consequently, he got stuck in Bosnia, from where he has attempted to make it to Croatia and Italy many times, but has again and again been met by violent border police, who among other things have taken his phone and sent him back to Bosnia. Worst of all, Aman was forced to leave his young wife and infant daughter in Afghanistan. It is today three years since he has seen them: “My condition is very hard. When I left my country, my daughter was just one-and-a-half years, and now she is 4-and-a-half. She doesn’t remember me. And I miss my wife.” 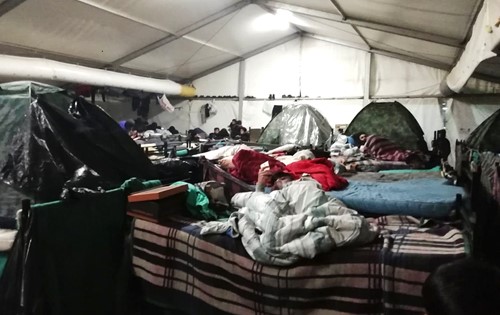 Aman lives in this tent with many other refugees, with temperatures below zero outside.

The Interpreter’s agreement was inadequate

»No interpreter or other local staff who have assisted Danish forces in Afghanistan will be left in the lurch with the reduction of international engagement in Afghanistan«.

- That's what the agreement adopted by a large majority of the Danish parliament in 2013 said.

In 2015 it became clear, however, that the agreement was insufficient and did not live up to its promise in reality. Aman’s case contributed to the subject of the Afghani interpreters becoming a hot topic of debate during national election campaigns in 2015 – Jakob Ellemann-Jensen (V) stood up for the interpreters, and Søren Pape (K) agreed as did the Social Democrats and SF to renegotiate the agreement that had proven a failure. Later, all politicians reneged on their promises and voted to extend the agreement unchanged.

Over the years, Amman received several threats from the Taliban as a result of his work with Danish forces. The second round of interviews with the Danish task force confirmed that his life was in danger. In spite of this, his application for a visa to Denmark to seek asylum was rejected, on the stated grounds that Danish intelligence services, “could not rule out that he will not pose a danger to state security.”  This is indeed a strange assessment, given that Amman had a security clearing in the Danish military camp, where he was, among other things, permitted to carry a weapon – and given that the danger to his life was caused directly by his work for the Danish military. All interpreters that Denmark employed in Afghanistan went through a procedure where their background was investigated and cleared by military intelligence. But Aman, who also worked for the Danish company’s unit for electronic warfare, a group that dealt with particularly sensitive information – underwent and was cleared in two additional and more advanced security protocols. 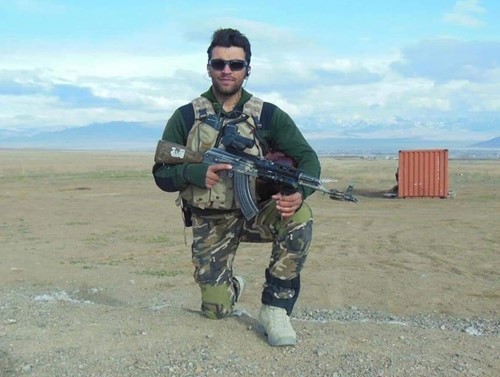 Aman has no idea himself what the reasons could be for the Danish intelligence service’s refusal to clear him in 2015. The officers he served with fully trusted him, let him carry weapons and work with confidential information. Before the job in the Danish camp, he worked for the American Marines for a short period, and afterwards for the British special forces in 2013. The British even let him take his gun with him when he went home on leave. As Aman himself explained: “Do you think my team would give me permission to carry a weapon in operations or inside the camp if they did not trust me? It's the most unfair words, and it really broke me. Those who know me trusted me, but those who didn’t just sit behind the desk – it doesn’t matter for them.”  Refugees Welcome has applied for an entry visa to Aman again, and hopes that the Danish intelligence service will reach a different conclusion today. 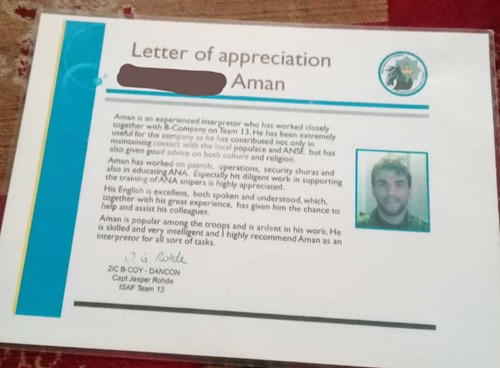 Aman has four different recommendation letters like this one from Danish teams. They all emphasize what an unusually skilled and reliable interpreter he was.

Taliban considers the interpreters such as Amman as traitors, and they can be threatened and/or killed many years after they conclude their work. This has led countries such as the USA, Australia, Norway and New Zealand to circumvent their normal case processing and to grant asylum to all or large parts of their Afghani interpreters. Denmark did the same with its interpreters in Iraq in 2007. But no matter how much the media has documented that Afghani interpreters have not received adequate protection from the political agreement of 2013, still no remedy has resulted. The status remains that the vast majority have been rejected, while only a small handful have ended up being granted asylum in Denmark.

In the summer of 2013, Aman’s cousin was murdered by the Taliban. His brother has also been shot. His family’s house has been vandalised and robbed. His father has been harassed and threatened because of his son’s work for Denmark. Still, the Danish state deemed it sufficient to simply pay Aman a lump sum and otherwise turn its back on him. Aman had to live in hiding in Afghanistan for a long time; but eventually the risk became so imminent that he was forced to flee through Iran and Turkey along with other asylum seekers by the end of 2017. After 8-10 attempts he was able to arrive in Greece, but he has still had no luck in reaching Denmark. He is now stuck in a terrible camp in Bosnia after three years on the run.

Aman is thus among those addressed by Minister Mattias Tesfaye recently: “We must instead replace uncontrolled migration with order. Therefore, I’m glad that we can now offer a big bag of money to help governments on the Balkan route in handling the situation at the borders and sending people on flights home.” But Aman is neither a rejected asylum seeker nor a migrant. He is entitled to protection in Denmark, but unable to gain permission to enter and have his case tried. Being sent on a plane home to Afghanistan is simply not an option for Amman. 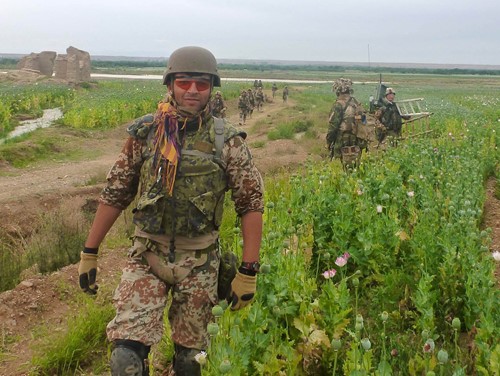 The fact that Afghani interpreters haven’t received the help and security promised to them by Denmark is a well-known fact to Danish veterans. Many have fought through the years to bring their colleagues from Afghanistan to Denmark, but have time and time again been frustrated in their efforts. Captain Mads Silberg worked hard for Aman and the other interpreters back in 2015. “I went to Afghanistan as an idealist and believed we would go there and help shape a better society, and Amman also believed that. So if there is anyone who deserves help, it’s someone like him.”

»Aman has worn the Danish flag on his shoulder, put his life at risk and saved Danish soldiers’ lives. I believe that this is why he is being threatened by the Taliban, and this is why he deserves respect and trust – but we are not giving this to interpreters like him today.«
- Mads Silberg, former captain

There was recently an attempt to kidnap Aman’s brother by four men in a car, who shouted that he would get repaid for what he had done. Last week, an interpreter who worked for the British forces was killed by the Taliban in Aman’s home province. An Afghan proverb says that you should wait patiently 100 years for your revenge; the question is whether Aman will have to wait just as long to gain the protection which the agreement promised: “No interpreter or other local staff who have assisted Danish forces in Afghanistan will be left in the lurch with the reduction of international engagement in Afghanistan.” So far, more than seven years have passed, and Aman’s life gets worse and worse.

A choice of articles in Danish media about Aman and the other interpreters:

Politiken 11.05.2015: Tolk frygtes at være til fare for Danmarks sikkerhed

We fought for the Afghan interpreters since 2015,
but we need your help!