Four leading researchers: Asylum camps are breaking people down, and when conditions continue into the integration phase, the damaging effects follow

The text was originally a chronicle in Berlingske.
Translated to English by Daniel Lewis.
Photos: Michala Clante Bendixen

The uncertainty and transience characterizing the asylum system, along with its ever-changing frameworks – are, in the long run, damaging to the individuals it serves. The research is clear. As researchers specializing in refugee camps, the spreading of camp-like conditions from asylum centers to the rest of society is a cause of worry. There should be a difference for those who are seeking asylum and those who have been recognized as refugees, but today that distinction is being blurred.

As part of our research, we are in contact with a number of people who have come to Denmark as asylum seekers. Some of them have been granted asylum and are now refugees in Denmark. The asylum centers where they live until they receive asylum are designed for temporary accommodation for people in need and in no way live up to the standard of how people live elsewhere in Danish society. The asylum centers – which in everyday speech are never called anything but 'the camp' – are deeply marked by the transience, stagnation and insecurity that characterize the process of seeking asylum in Denmark. One can live with this for a while, but the hope is always to leave the camp in order to be able to once again build a normal life.

An Iranian participant in our research recently posted a movie clip shot outside the residence his friend had been assigned by a municipality in Zealand when he was granted a residence permit 2,5 years ago. "As you can see, it is not much different than living in the camp," he says, pointing to some low, gray modular buildings, which, quite confusingly, resemble the buildings that you also see at Danish asylum centers. 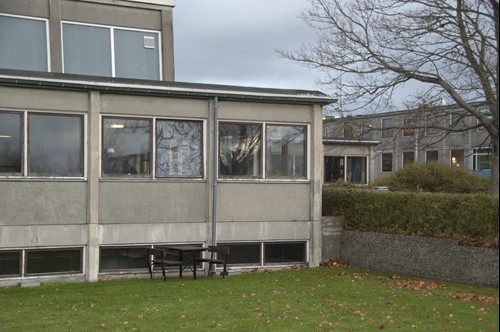 He is not the only refugee participating in our research comparing the housing provided by municipalities to the asylum centers. This is not least due to the fact that the only housing available to refugees is often the same kind of buildings as the asylum centers. Because benefits refugees receive have been set so low (about half of normal unemployment benefits), it is very difficult for municipalities to find permanent housing refugees can afford. This applies especially to single refugees who, according to rates from 2016, can only pay a maximum of DKK 2152 in rent and utilities. The government's solution to this problem was to completely remove the requirement that the municipalities must find permanent housing for new refugees. Consequently, many municipalities have provided temporary housing for refugees in abandoned schools, nursing homes, and other former municipal welfare institutions or in pavilions – the same kind of buildings used as asylum centers, characterized by the same kind of transience and insecurity. In some cases, the homes are actually housed in closed asylum centers.

As the Danish Institute for Human Rights documented in a report from last year, the standard for some temporary housing is low; they describe examples of problems including rotting structures, fungus, and leaky windows. There is no comprehensive overview of how many municipalities use temporary housing, but in principle it is difficult for municipalities to avoid it given the low and ever-declining benefits provided to refugees.

Temporary agreements and bad physical conditions are not the only things housing for new refugees has in common with asylum centers. Single persons usually have to share rooms with strangers. There is often noise from neighbors that makes it hard to find peace and to sleep well. Like in the asylum centers, many new refugees have difficulty sleeping, and rarely have anything important to get up for. People come and go – to the toilet, to the kitchen, in and out from the hallways, at all hours of the day. Some move quickly onward, while others – like the research participant mentioned above – still live in temporary housing for years and years. In order to be able to move, one must be able to afford a better home, which in practice often means that you must have a job. But life in temporary housing, cut off from society, is not a good way to access the labor market. One needs a network in their local community that can help with culture, language and finding a job. And temporary housing can make it difficult for refugees to learn Danish and to kick in the door to the labor market, as new refugees must. 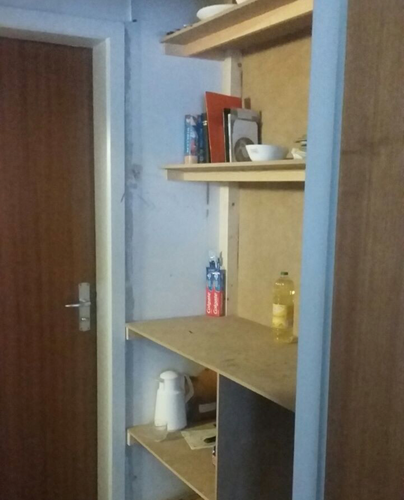 Camp-like accommodation conditions are significantly more problematic for refugees than for asylum seekers because of the difference in their situations. Asylum seekers live in asylum centers for a period of time while waiting for a decision in their asylum case. Refugees are no longer waiting. They have been granted their residence permit because the Danish authorities recognize that they need and are entitled to Denmark's protection.

Over the past decades, the legal framework for life as a refugee in Denmark has become increasingly uncertain. It has become very difficult to get permanent residence, let alone citizenship. Residence permits for refugees are temporary and granted for ever shorter periods of time. After the refugee crisis, conditions for new arrivals have further deteriorated, even though the whole of Europe has experienced a dramatic slowdown in the number of asylum seekers.

Legislation affecting foreigners has changed hundreds of times in recent decades, and is continuing to change with increasing haste. This constant change in itself makes life unsafe for refugees. The possibilities for everything from family reunification to education support are constantly changing, making it almost impossible for refugees to plan for their futures.

With the very latest developments in the area of immigration – the 'paradigm shift' – time-limits and uncertainty are further highlighted as official political goals. The camp has won a victory. This does not necessarily mean that significantly more refugees will be able to be sent home; but for the refugees, these conditions mean that they will never get out of the asylum centers. They live in the same kind of buildings, relatively isolated from society, and their lives are still characterized by marginalizing poverty, insecurity and transience.

The problem is that it is harmful for people to stay under these kind of conditions for extended periods of time. Life at asylum centers can be damaging, and when these conditions extend into the integration phase, detrimental effects follow. Danish and international research in this area is quite clear: the transience and uncertainty of conditions in camps leave severe psychological traces that worsen the longer people are exposed to them. This degradation has major human consequences for those affected. For example, the Red Cross does not recommend allowing people to live in asylum centers for more than a year and calls the cost to the individual a 'waiting time disorder'. Moreover, these poor and uncertain conditions also have a negative socio-economic effect. In Switzerland, researchers have shown that each year's waiting period in the asylum phase reduces the subsequent employment rate by 4-5 percentage points regardless of gender, age, religion, and country of origin. When the point of departure for the restrictive integration policy is based not least on socio-economic arguments, it makes little sense to pursue a policy shown to aggravate and increase costs.

The new government has announced a renewed focus on integration, while continuing a restrictive immigration policy. Mattias Tesfaye will no longer keep a tally of revisions tightening immigration law on the ministry's home page, and it is gratifying that changes to the law should no longer be a goal in itself. But the spreading of camp conditions from the asylum to the refugee phase cannot be ignored. If integration is to be strengthened and we want to avoid negative human and economic consequences of the migration policy, we must go another way – for example, by strengthening refugees' security that they can stay here through residence permits, by providing sufficient benefits to pay the rent for suitable housing, and by stopping the acceleration of restrictive immigration laws, so that refugees here in Denmark have a better opportunity to plan a future and become active and prosperous citizens. Refugees must be let out of the camps. 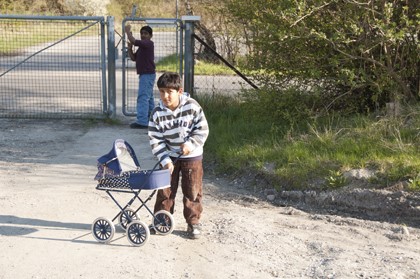