Shamis came to Denmark as a child and today, is a model citizen. However, she won’t be entitled to permanent residency until she has lived in the country for 20 years

By Michala Clante Bendixen (Translated to English by Tríona Sørensen)

Denmark is my home

Shamis has lived legally in Denmark for 16 years: she came here at the age of 9 and is now 25. She has just recently finished her education as a pedagogue. Like all other new graduates, she wants to go out and find a job. But for Shamis, this act is even more important than it is for the majority of young people in the country. For her, it comes down to gaining permission to stay in the country she views as her own.

Shamis is the only one in her immediate family of twelve who has not yet been granted permanent residency. Every third year, she has to spend a day waiting in the queue at the Immigration Service to apply for an extension of her temporary residency permit.

“I came here as a little girl and have never been anywhere else, apart from some short holidays. I think in Danish and dream in Danish. This is where I belong.”

Requirements have been made more restrictive several times

As late as in March of this year, the requirements for permanent residency were once again made more restrictive. Shamis meets all the new requirements for permanent residency, such as 8 years legal residency, successfully passing a Danish exam, no debt to the state or criminal record, no receipt of unemployment benefits or other financial support in the last 4 years. As she has been in education since she arrived here, she’s missing just one thing: full-time, ordinary employment (minimum 30 hours a week) for 3 ½ years out of the last 4. As a recent graduate it can be difficult to find a job straight away, when every fourth person on the labour market is working in a part-time position, often against his or her will. If she manages to get one, in 3 ½ years’ time, she’ll have been temporarily resident in Denmark for 20 years.

Neither of Shamis’ parents have become Danish citizens so she had to wait until she became 18 years of age – and even at that, you must first have had permanent residency. She might possibly have been granted such had she applied for it shortly after she turned 18, as at the time, the rules were more moderate for those who had grown up in Denmark and been in full-time education. However, at the time, she was not aware of the rules and no one had informed her that she should apply.

One day, she received a call from a social worker at the local municipality. 'You haven’t renewed your temporary residency permit, so you actually lost it three months ago, get yourself into the Immigration Service!' She managed to get it renewed but was deeply shaken by the experience. She also immediately applied for permanent residency but was rejected. She was 21 then, and in the interim, the rules have become even more restrictive.

“I was almost in shock when I found out what the rules were. I think most of all about how I could have been thrown out of Denmark, especially now, when so many Somalis are losing their permits. I have to walk on eggshells and make sure I don’t do anything wrong. At the moment, I’m taking my driver’s licence but if I get a large fine or am responsible for an accident, it’ll all go wrong!”

Shamis’ mother has pressed all of her children to get an education without any delays. All 9 of her siblings either have, or are in the process of taking, an education. The range is broad: social worker, chef, MA in Danish, law… the two youngest have just graduated high school. Their lot is not to take a year on a folk high school, travel abroad, work a little and ‘find themselves’. Their mother has always told them, “You should be happy that you have the chance to get a good education – you’re not to waste your time.”

This statement is also echoed by the government – you get extra points for applying to further education directly after high school and can be punished financially for not completing an education within a set time frame. However, these rules are perhaps only intended for youngsters with a Danish passport. For young adults without a Danish passport, the opposite is the case. Here, studies and education don’t count – it’s full-time employment that matters. If Shamis had sat behind the checkout in the local supermarket or worked as a cleaner at the local hospital since she left school, she’d have permanent residency by now. 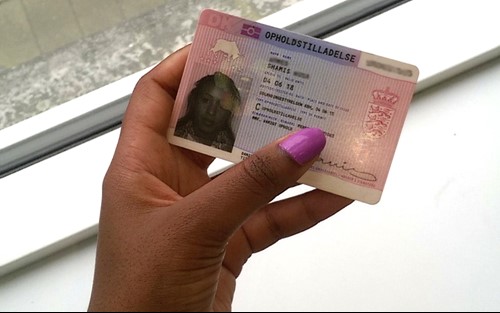 Is permanent residency so important?

“It’s hard to go around alone with a problem like this – to be afraid that you can be thrown out of your own country. My friends don’t have to think about issues like this.”

The first thing Shamis names is the psychological aspect – that she would no longer have to apply for permission to stay in the country she perceives as home. However, there is also a range of other practical reasons: without permanent residency, you can’t set up account with a mobile phone provider, get a bank loan or buy anything on credit. And then there’s the whole issue of access to citizenship and a Danish passport. Shamis only has her foreign passport, which makes it difficult to travel outside of the EU.

When Shamis went to high school, her whole class took the latest citizenship test, just for fun. Shamis and two others passed – all the others failed! “But nearly everyone can pass it, if you just study and prepare for it. It’s not at all a reflection of what you know”, she says. Later, she actually took the real test and has the certificate to prove it. But she still has a long way to go on the road to citizenship.

Shamis came to Denmark as a 9-year-old in September 2001 – an unlucky moment, where resentment against Muslims and immigrants exploded. Her mother had been granted asylum some years before and after 10 months in Ehtiopia, and a series of blood tests at the Danish embassy to prove the familial relationship to all 10 of her children, they came to Denmark together with their father. Her parents later divorced and her father moved away.

The family was settled in a small village on Zealand, where they were the only immigrants for miles around. Shamis relates how one of the Danish children quite literally fell off their swing in surprise, when she saw dark-skinned children for the first time.
The youngest children settled relatively well into life in kindergarten and the lower grades at school but the older children were bullied, taunted and excluded. The only piece of luck was their number – they protected and helped each other. But life was still hard for them.

Her experiences from that period have motivated Shamis to choose an education as a pedagogue. She will do all she can to prevent other children from experiencing the same as she did. Luckily, there were also people who supported the family: her Danish teacher was kind, and a female social worker came to be of immeasurable importance for the family.

The family later moved to social housing in a larger town and Shamis began at high school where she was in a mixed class and she felt accepted there. Afterwards, she completed her education as a pedagogue and has had various part-time jobs during her studies.

“I think it’s ok to expect that people are active participants in society if they want permanent residency, unless they’re ill of course. But it’s unfair that I can’t get it – they should look at my case as an individual one, and it should be obvious that I have been in education the entire time and even held down a part time job in the process. I have only gotten one type of benefit from the municipality in my entire life and I didn’t even need it in the end as my student support had already been paid into my account by the time the benefit arrived. So, I’ve already paid that back” concludes Shamis. 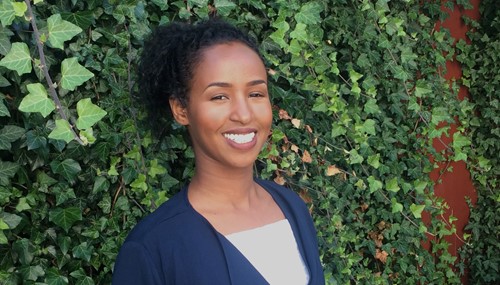