The open letter was brought in the Danish newspaper Information 8th December 2021.

UPDATE: On December 29th 2021 the case was reopened, and Mahmoud's parents have legal stay in Denmark while the case is pending.

My name is Mahmoud Suhil Almohamad. I am 20 years old. This summer I was named Student of the Year at Brønderslev High School. Right now, I'm working at Aldi to save money to study medicine at Aalborg University in 2022, where I was given a stand-by position.

I am also a refugee from Syria.

My father, who had been in the army for 30 years, didn't want to contribute to the genocide, which is why my family fled in 2015 and we were granted asylum in Denmark. Now my parents have had their residence permit revoked, despite evidence of imminent danger in Syria.

Therefore, with a bleeding heart, I had to drop off my parents at the departure centre in Sjaelsmark on Monday 29 November.

It does not make sense.

My parents cannot return to the dictator from whom they escaped!

The dictator who gassed, starved and killed his own people!

Prime Minister, how is it that Denmark is sending back people who fled Assad? Apart from Hungary, Denmark is the only EU country considering security in Syria. A country from which we do not like to compare ourselves. I thought we were safe in Denmark, but I was wrong.

And I'm not alone in this assessment. On November 27 in Information, experts stated that many of the decisions were made on an inadequate basis and that the cases should be re-executed.

The German Immigration Service, the Bundesamt für Migration und Flüchtlinge, has granted Syrians who would otherwise have to return to Syria a protected status in Germany, provisionally for one year. In addition, they no longer see Denmark as a safe place to return asylum seekers to.

I sincerely hope that Denmark will change its mind and comply with the UN Refugee Convention for the Protection of Refugees, so that my parents and other Syrians whose residence permits are currently revoked can stay in Denmark.

It makes no sense that my parents are now seeking asylum in Germany, away from children and grandchildren, so as not to risk their lives.

Prime Minister, I ask for your help and Denmark’s help. I have no one else to turn to. 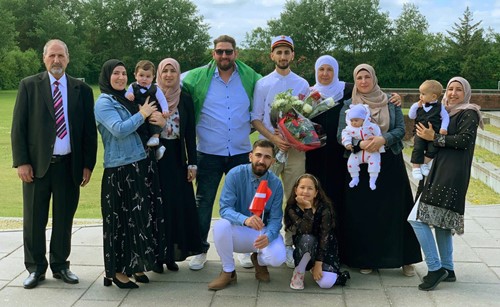 All of Mahmoud's family celebrated his graduation from Brønderslev Gymnasium 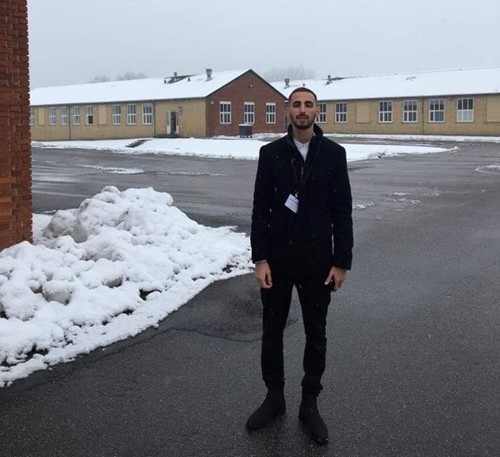 Mahmoud went to departure center Sjælsmark to visit his parents, 6 hours away form his home, but they were isolated due to Covid-19. 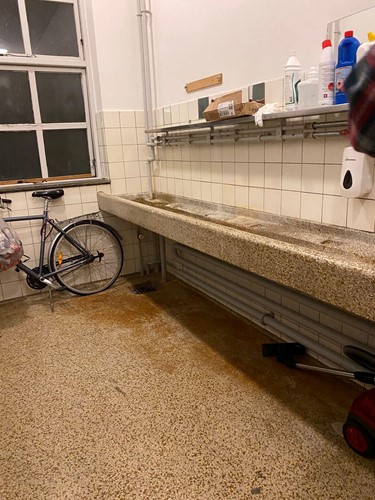 Wash room at Sjælsmark. Mahmoud's parents are both suffering from various diseases, but must live in one small room with a shared toilet and bath in the hallway.