Five Somali refugees lost their asylum status in September, after four years’ residency, when test cases were passed to the Refugee Appeals Board. The Danish Immigration Service has since announced that 1,200 cases on this basis should be screened and may have asylum status withdrawn. This means that a total of 1,450 Somalis resident in Denmark can expect a letter from the Danish Immigration Service.

Some have already had an interview with the Danish Immigration Service, where they once again had to give an account of the possible risks of their repatriation – weighed up along with the attachment to Denmark the person concerned has formed. Decisions have not yet been taken, so we cannot yet say in which direction they will go.
The Danish Immigration Service has recently announced that 400 of the cases will not be reviewed after all, since they have not received asylum due to the general conditions. On the other hand, in December the Minister for Immigration, Inger Støjberg, stated that resettlement refugees may also risk losing their residence permits, which the UN directly warns the Danish government against doing.

To withdraw an asylum status is an expression of an entirely new policy. Until now, it has only been the practice if the refugee were to be deported for criminal matters. And in the resettlement documents from the UN it is stated that the resettlement is "a durable solution". The UN does not distinguish between protection status or convention status, and according to the UN Refugee Convention, a refugee cannot be sent back before there is "a lasting and steady improvement" in their homeland.

There is much to indicate that the Danish government has a strong desire to send Somalis away, and are pushing for it to be possible. The desire seems politically motivated, amongst others, due to this group’s reputation for poor integration. However, it must be remembered that Somalis living in Denmark have many children – children that go to kindergarten, school, etc and are already part of Danish society, regardless of whether their parents have a slightly lower attachment to the labour market than Danish parents.

If you take away some of all these residence permits, you have a problem. There is no repatriation agreement with Somalia, and no prospect of one. This means that families with children will be torn from their apartments, kindergartens and schools – and will live in the Sjælsmark Deportation Centre for many years. 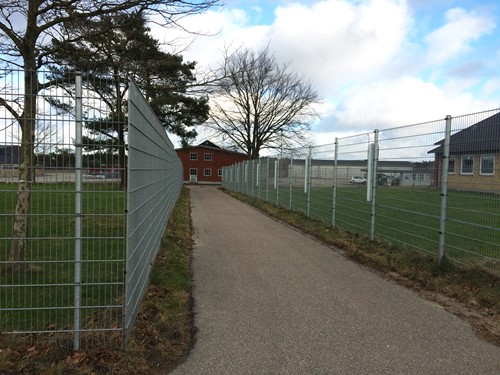 The situation in Somalia

The basis for withdrawing asylum status is that there are a few indicators pointing towards a partial improvement of overall security in Mogadishu and some of the Al Shabaab-controlled areas. However, there are just as many pointing in the opposite direction.

If you are sent back to Mogadishu tomorrow, you will end up in a country without a real government, and with no one to look after you. There is only a seconded military force, and it is getting weaker by the day. You will end up in a country ruled by rebel groups, including the terrorist group al-Shabaab and clan affiliations. If you belong to one of the marginalized clans or factions, you will be particularly exposed.

You will end up in a place where there is a lack of food, schools and hospitals, and job opportunities are limited unless you want to be part of the gangs, of course. You are not safe in the city or in the countryside. You risk being robbed both by those who should be looking after you and by the gangs. If you are a woman, you risk being raped. You and your children can forget about education, and you’d better cross your fingers that none of you get sick.

The country has a government, but it has no power. No functioning police force, judiciary system, or military, and no one to care for your safety. Or to create jobs, operate schools and hospitals, or to provide running water.
The Danish government advises against all travel to Somalia. Contrary to the Danish Immigration Service’s asylum ratings, the Foreign Ministry state that "the risk is significantly elevated in Mogadishu" - and the Danish Immigration Service did not dare enter the country when they wrote their last country report in 2015 during a stay in Nairobi. The British government has painted all of Somalia red. No security at all!

The government in Mogadishu is supported by forces provided by the African Union with moral support from the United Nations (AMISOM). The forces consist of approximately 18,000 soldiers after Ethiopia pulled its soldiers out. Since May 2016, Uganda, Kenya and Burundi have also threatened to pull out. With the upcoming elections in Kenya and a continuing civil war in Burundi, it is likely that these countries will need the soldiers at home to maintain internal control.

Somalia is about 5 times larger than Denmark, and Denmark alone has a military force of over 15,000 well-trained soldiers. AMISOM is not strong enough to ensure safety, they are simply too few. Even where they are present, such as in Mogadishu, they are not enough to perform their duties reasonably. In June 2016, it was also revealed that the forces had not been paid for six months, and therefore the soldiers themselves began looting. Several soldiers are accused of systematic rape of children and women in Somalia.

In the countryside al-Shabaab (an umbrella of various groups / gangs) and other groups rule, financing themselves through looting and recruitment of young men. Agriculture and food production has collapsed in several places, especially around the major cities, and food is transported to Mogadishu from various donor countries and the UN by aircraft. And there is not enough food. If you don’t know the person in charge of food distribution, you risk ending up at the back of the queue, as food distribution is also subject to corruption. It is also common for women and children to sell sex to get access to medicine and food.

Neighboring countries Kenya and Ethiopia are already filled with hundreds of thousands of Somali refugees, and Kenya has begun to deport them back across the border. Kenya is also threatening to close the Dadaab camp, which is home to 340,000 refugees, almost all from Somalia. There are 1.3 million internally displaced people in Somalia and almost a million in neighboring countries. So, the pressure on Somalia is massive now, and the outlook is one of deterioration rather than improvement.