• The asylum status 7(3) should be abolished.
• All refugees should be granted 5 years of stay at a time.
• Criteria for attachment should be rolled back (art. 19a, Danish Alien Act).
• The Paradigm Shift should be abolished, focus back on integration rather than return.
• Criteria for permanent residency and citizenship should be eased. Education should count, and realistic options be given for dispensation due to trauma.
• Children and young people growing up in Denmark should have easy access to citizenship.
• Trauma should be identified better and sooner, and treatment must be secured.

"Refugees should return home as soon as possible"

In Denmark, an idea has gradually evolved that refugees should only be here temporarily and return as soon as possible. This is a relatively new idea which is not rooted in reality but in the gut feelings of politicians and quick one-liners from spin doctors.

It's a fact that refugees have a need for protection for 17 years on average. The Refugee Convention aims at "durable solutions and resettlement", not returning people if minor and unstable improvements occur, as Danish law now suggests. The UN High Commission for Refugees, UNHCR, therefore recommends that refugees receive permanent residency after 5 years. They are granted this in most countries in the EU, and many of the refugees arriving to Europe in 2015 have already been granted German, Swedish or Dutch citizenship by now. If you have residence according to the EU rules, permanent residency is granted after 5 years without any requirements. In Denmark, you are hanging by a thin thread.

Denmark has never returned refugees before, not even if peace was achieved in their home countries, which also makes no sense. Firstly, many years will usually pass by, leading to a strong attachment to this country, secondly, it's very complicated and resource demanding to keep assessing the need for protection every second year, as we can see with the cessation of Syrian permits now. Cessations lead to a self-created problem of more people in the deportation centres and more people living underground.

“After six years of residence I suddenly got a letter calling me for interview with Immigration Service – they had new information in my asylum case and considered revoking it. I totally panicked, I couldn’t eat or sleep. Several months passed before the interview, and afterwards it took a long time before they told me it was okay after all. It was a terrible period, every second thinking about what to do – I couldn’t go back to Iran. I had to postpone an exam, I wasn’t able to do anything.”
- Aida from Iran

"Refugees take up a place in society"

There is no specific number of places in society. Receiving new refugees is an expense due to conducting interviews, finding accommodation and offering language school. But after a certain period, refugees blend into ordinary everyday life as everybody else, and many end up performing important duties, i.e. within the health and care sector. We need more young people in Denmark, and a large part of refugees are children and young ones.

Since the spring of 2016, hardly any refugees have arrived in Denmark. When 6 asylum seekers arrive in Germany and another 6 in Sweden, 1 arrives in Denmark, per capita. And during the two periods when many came at once – in 1995 and 2015 – integration was more successful than in periods with fewer arrivals. Besides, refugees form only a small part of the migration into Denmark. Even in 2016, which was a year with many new arrivals, only 9% of all new residence permits were granted to refugees, and this year the percentage is down to 1,7. In other words, 98,3% of all foreigners coming to stay in Denmark came because of family, work or studies.

"Refugees should not turn into migrants"

Refugees have been forced to leave their home. They have most often been exposed to terrible experiences – first in their home country, then on the journey. They have lost EVERYTHING. What they need is quite simple: safety, and a fair chance to rebuild their lives again and recover slowly from their loss and trauma. That will never happen with temporary permits a few years at a time, and a constant threat above their heads to be forced to start all over once again.

Refugees should decide for themselves when they are ready to go back – maybe never. If they go back, it should be with an education and a need to make a difference in the home country, or as a peaceful end of a long and chaotic life. 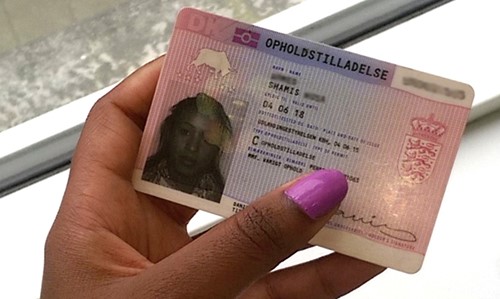 There is a n exaggerated focus on the problems of integration while the successful parts are ignored. The vast majority of Hungarians, Chileans, Tamils, Iranians, Afghans and Bosnians are citizens in this country today on equal terms with anybody else. And second generation (especially women) are even overtaking young ethnic Danes when it comes to education. The stories of women who lived 30 years in Denmark and never learned the language derive from a time when there were no efficient integration programs.

Danish municipalities and civil society have learned a lot about how to introduce new citizens to society in the best way – Syrians and Eritreans have entered the labour market and the education system much faster than refugee groups arriving earlier on. If the Danish parliament listened more to experience and less to their own gut feeling, the remaining problems could also be solved. But facing the new anxiety of losing your residence permit anytime, we will see integration stepping backwards – many will give up on learning the language, take an education or build a business.

"I was born stateless in a refugee camp in Nepal. My family came to Denmark as resettlement refugees in 2011, when I was 11 years old. As a child you can't get permanent residency, so I could not apply until I turned 18. When you apply between the age of 18 and 19, you can avoid the requirement of 3 1/2 fulltime job, if you attended school without interruptions. But you must have stayed 8 years in Denmark. When I turned 19, I had only been 7 years in Denmark. I just graduated from high school and I plan to continue my education. So, with 3-6 years of studies and after that 3 1/2 years of work (if I find a job immediately), I'm looking at another 7-10 years of temporary stay in Denmark. The case processing for permanent is 10 months, and for citizenship on average 18 months, so I could easily end up living in Denmark for 20 years before getting a Danish passport. In my case, I don't have to worry about losing my residence permit as I'm stateless and can't go anywhere. Immigration Service has to extend every time my permit expires. But where is the logic in this?"
- Bhupas from Bhutan 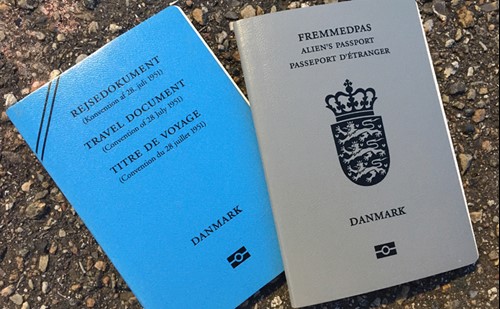 • Until 2012, refugees were granted permanent residency automatically after 7 years. Since 2012, the requirements to obtain this have been tightened significantly. From 5 years of legal stay you now need 8 years. The demand for a passed exam of Danish Language Course has been raised from DU1 to DU2. The work requirement has been raised from 3 years of fulltime work within the last 5 years to 3 1/2 years of work within the last 4 years – and you must still be working. Since 2016, education has not been equalled to work, and does not count at all. It is not allowed to receive any social allowances during the last 4 years. If you have been sentenced more than 6 months of prison, you are excluded forever. In 2016, a fee for application was introduced, which is 6,300 DKR today. Finally, there are four supplementary conditions of which two must be met: active participation in civil society, job for at least 4 years, passed exam of DU3 or a yearly income of at least 298,100 DKR over the last two years.

• The rising demands have made it practically impossible for many refugees to obtain permanent residency, even if this is considered a very important thing in their lives. In 2015, 701 refugees were granted permanent residency, and in 2020 only 331. Adults who did not go to school in their home country have a very small chance of passing DU2, and traumatized refugee have a hard time maintaining a fulltime job. More are giving up on education as this postpones their permanent residency for many years.

• It has become almost impossible to get dispensation because of trauma or disabilities, for both permanent residency and citizenship. It's hard to document that there is no chance of improvement ever, and the attitude among the members of the citizenship committee of the Danish Parliament has also changed: in 2016, 83% of applications for dispensations were granted, but in 2019 this has dropped to 2% of permits.

• Studies have shown that around 30-45% of refugees in Denmark are affected by trauma. With the right efforts good results can be achieved, but trauma is far from always identified, and treatment comes generally much too late (on average 14 years after arrival). This has been criticized in a report by Rigsrevisionen in 2018 and repeated this year.

• Since 2016, it has not been mandatory for the municipalities to make health screening when new refugees arrive. The screenings which are still conducted by some are insufficient to identify trauma, as general practitioner doctors rarely have any background for this. When refugees have poorer health and a weaker connection to the labour market than other groups, part of the explanation lies in untreated trauma.

Only our members keep us alive!
Support our fight for refugees rights