How do you acquire Danish citizenship, also called naturalisation?

Eva Ersbøl is the leading expert in the country on this issue, working at the Danish Institute of Human Rights.

NB: New rules were introduced from May 10. 2021, read more here, and find a link to the new circular at the end of this article.

Rules on acquisition of Danish citizenship are included in the Danish Constitution, the Act on Danish Citizenship and a circular on naturalisation.

In addition, the citizenship act provides for citizenship acquisition by adoption, legitimation (at the marriage of a child’s Danish father and alien mother) and declaration (Nordic and former Danish citizens).

Acquisition of citizenship through naturalisation

Naturalisation means the granting of citizenship to a foreigner after application, by a formal act. According to the Danish Constitution, foreigners can only be granted citizenship by the Danish legislature. A majority among the political parties in the Danish Parliament (Folketinget) decide the naturalisation requirements by agreement. The current rules were made by the government Lars Løkke III with votes from Social Democrats, Danish People's Party. The agreement is published in the naturalisation circular from 2018.

The Ministry of Immigration and Integration acts as a secretariat for the parliamentary Naturalisation Committee (Folketingets Indfødsretsudvalg). Applications for naturalisation must be submitted to the ministry, normally by the use of a digital application form, available here.

Since 2015, dual citizenship is accepted in Denmark.

Apart from fulfilling the residence requirements, applicants for naturalisation must:

Dispensation from the naturalisation requirements

The naturalisation circular includes a provision on dispensation from the Danish language and knowledge requirements, based on the UN Convention on the Rights of Persons with Disabilities.

The 2018-circular has extended the dispensation requirements to applicants with disabilities. The aim is to reduce the number of cases on dispensation, and the demands may still be difficult to meet.

To put it a bit simplified:

An application for dispensation may be presented to Naturalisation Committee when the applicant is diagnosed with a disability (long term physical, mental, intellectual or sensory impairment) and for this reason, cannot  – or is not likely to – meet the general language and knowledge requirements (regardless of the terms and aid offered).

If it is medically documented that an applicant cannot fulfil the general language requirements etc., but may still be able to pass a language exam at a lower level, documentation for passing a test at that level must be presented.

Furthermore, it is a precondition for getting dispensation that the applicant can document having participated as much as possible in the relevant courses and having attempted to pass the relevant language exam and the citizenship test of 2015. If this is not the case, it must be documented that the applicant due to his or her disability cannot learn Danish and that the lack of participation in the language courses and the lack of attempt to pass a language exam and the citizenship test are caused by the applicant’s disability.

It must also appear from the (reasoned) medical declaration whether there are possibilities for improvement of the applicant’s health situation, and whether the applicant within a 5-year period may be able to pass a Danish language test (adapted to the applicant’s special needs).

If an applicant cannot fulfil the documentation requirements, the Naturalisation Committee may take into consideration whether he or she in any other way has tried to acquire Danish language skills at a level more or less comparable to the level mastered by Danes in a comparable situation.

As a rule, children cannot themselves apply for Danish citizenship. However, a child with residence rights in Denmark may acquire Danish citizenship by extension at the naturalisation of one of his or her parents (with parental rights over the child). This means in short, that if an adult applies for citizenship, said person’s children under the age of 18 may be comprised by the application. Consent from the other parent (if he or she shares the custody of the child) is required. If a child over the age of 15 years has – or is charged of having – committed a crime, the child may be excluded from the parent’s naturalisation.

Only in situations where a child’s parents cannot apply for naturalisation, for instance because they already are Danish citizens, the child can apply independently (as a target person). Read more here (only in Danish).

The significance of statelessness

The obligation to avoid statelessness is included in many international conventions. In particular, states are responsible for preventing statelessness from arising. Therefore, they must as a rule grant their citizenship to persons born on their territory who do not acquire at birth the citizenship of another state. In this connection, states may lay down a few conditions for the acquisition of their citizenship.

In relation to stateless immigrants and refugees, it is sufficient for the states to ensure facilitated acquisition of citizenship. Denmark has implemented this obligation to the minimum by reducing the lengths of the required residence period from nine to 8 years. This slight facilitation applies to all stateless immigrants and refugees, including those who arrived in Denmark as minors.

Entitlement to citizenship for stateless persons born in Denmark

The naturalisation circular provides for entitlement to Danish citizenship for two groups of stateless persons born in Denmark:

Normally, applications for citizenship must be submitted to the Ministry of Immigration and Integration by the use of a digital application form, available here.

Please notice that neither the application form nor the standard medical declaration form have yet been updated after the adoption of the 2018-naturalisation agreement. Thus, when filling in the digital form, applicants must be aware of the new rules.

For applicants who want to apply for dispensation from the Danish language and knowledge requirements, it is not yet possible to document all matters required in the 2018-circular, cf. above. Until new forms are available, the ministry recommends that applicants await the ministry’s receipt of their application before sending further documentation. Until further notice, the ministry accepts general medical declarations.

No fee is required from children.

Loss of Danish citizenship due to fraud

The political parties behind the current rules have agreed that there is a need for increased attention at cases where citizenship may be withdrawn due to fraud. Therefore, two years after an applicant has acquired Danish citizenship, the authorities will systematically investigate whether a withdrawal procedure should be initiated based on concealment of crimes committed before the acquisition of citizenship.

The Danish naturalisation requirements are strict, and they have continuously been strengthened within the last years. Concurrently, the share of immigrants with Danish citizenship has decreased.

Statistical data show that in 2006, about 35 percent of the Danish immigrants were Danish citizens. In 2018, the share had decreased to about 25 percent, see figure 1. 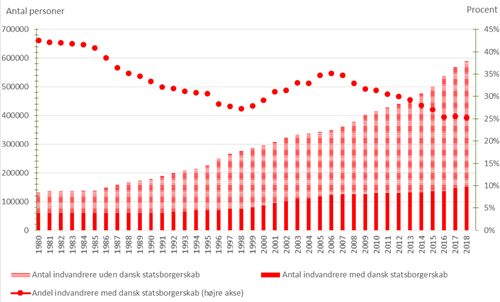 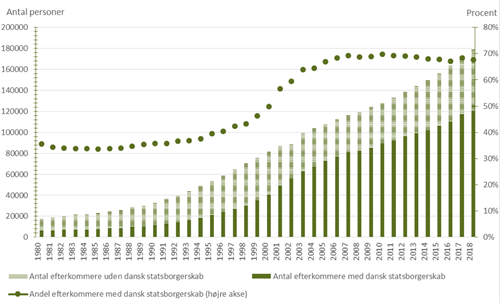 Figure 3: Age and time in Denmark at acquisition of Danish citizenship 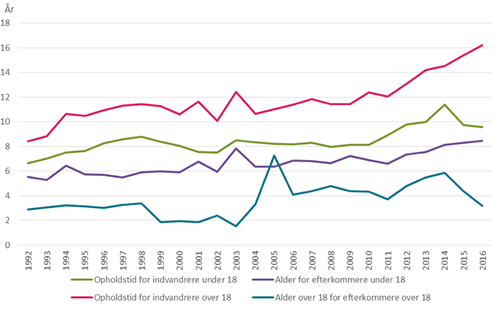 Links to more information and references:

Unfortunately, all the links are only available in Danish.

The Danish Institute for Human Rights’ status report on citizenship 2018