Read more in our Focus article 'A Childhood in No Man's Land'
See more about the children in Sjælsmark on the page for Folkebevægelsen for Asylbørns Fremtid
Are you a teacher? Find lots of education material on flygtningebørn.dk

Approximately one out of three asylum seekers in Denmark is a child under the age of 18. The majority come to Denmark with one or both parents and then live together. Legally, these children are treated as objects rather than subjects – that is, the authorities do not examine the children’s own motive of asylum and they are not called in for a conversation or interview. Their case entirely depends on their parents’ case, and will follow the ruling of the parents’ case. This is in conflict with UNHCR’s recommendations, which state that one should always assess whether children have independent grounds for asylum and interview them to the extent they are mature enough. Only recently, children are given their own ID number. Children born to asylum seekers in Denmark will be given a Danish birth certificate but will get the citizenship of their parents. If the parents are stateless, then the children can obtain Danish citizenship, although this will not give the parents residence.

In the larger asylum centers, a nursery school is available on the premises and all school-age children are offered ‘arrival-education’ (limited hours and subjects). Depending on the center and the operator of the center (Danish Red Cross or a municipality), the education takes place in a special school for children seeking asylum or at the local primary school. After some time, many children are ready to begin in a public school class and often both children and their parents have a great desire to be able to go to a real school among ordinary Danish children. Unfortunately, children do not receive mother-tongue education, which means that their education is very compromised if they are deported back to their country of origin after years in Denmark. 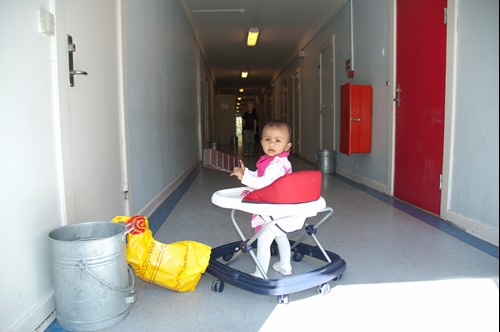 The unaccompanied minors (UMIs) are another group of children who arrive in Denmark. This group is comprised of children who arrive without a parent or guardian. Read more about them in our Focus article here. The majority of them are older teenagers and almost all are boys. Usually, they arrive from the same countries as adult asylum seekers – i.e. when the majority of adult asylum seekers are Syrians, then the majority of UMIs are also Syrians. Very few UMIs have a proof of their age and the authorities assess some of the UMIs to be older than they say themselves. In this case, they are called for an age-test that assesses their teeth, bones in their hands, and overall physical appearance. The test has been critiqued several times and allegedly does not give reliable results.

The unaccompanied minors live in special asylum centers with more staff members, and UMIs get a personal representative appointed by the Red Cross, who accompanies them to interviews, etc. UMIs’ asylum cases are processed by the same conditions as adult asylum seekers’ cases. But if an UMI is rejected asylum then she/he has a special opportunity to obtain a residence permit in Denmark if she/he does not have family in the country of origin. However, only very few get a residence permit and it expires at the age of 18, unless they have made a special effort to integrate into the Danish society. Unaccompanied minors are no longer Dublin-transferred, i.e. transferred to other European countries. 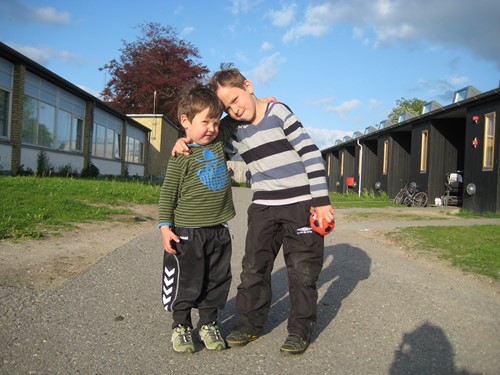 Around 120 children live with their parents in the deportation camp Sjælsmark under very bad conditions. The government is trying to push the parents to go back to their home country, but the only result is deterioration of mental health in the families. The situation has been met with criticism from a number of organisations, as well as the Ombudsmand. Read the report (in Danish) about mental problems among asylum seeking children from Danish Refugee Council (2018) and the psychology report from Sjælsmark by Red Cross (2019) – both in Danish.

The UN Convention on the rights of the Child and its protocol on that "children's needs carry the greatest weight in all matters related to children" have not been used in practice when considering the asylum cases of children. Some children have spent their entire childhood in Danish asylum centers as rejected asylum seekers, yet their connection to Denmark still not considered sufficient to obtain a residence permit. Children are psychologically damaged from living in asylum centers and from the constant uncertainty about their future – documented in the book “Asylbørn i Danmark. En Barndom i Undtagelsestilstand”, Hans Reitzels forlag 2011 (in Danish).